For endurance runners, a campaign to make them feel faster than permitted.

On the occasion of the Berlin Half Marathon, we were asked to promote Nike’s newest innovation, the Vaporfly running shoe. To do that, we wanted to bring alive the company’s attention-grabbing claim: “Fast as F4%K”.

For the Berlin flagship store, we developed a campaign focused on speed and grit, emphasising how the new Nike Vaporfly 4% Flyknit would make athletes feel: fast, determined, empowered. 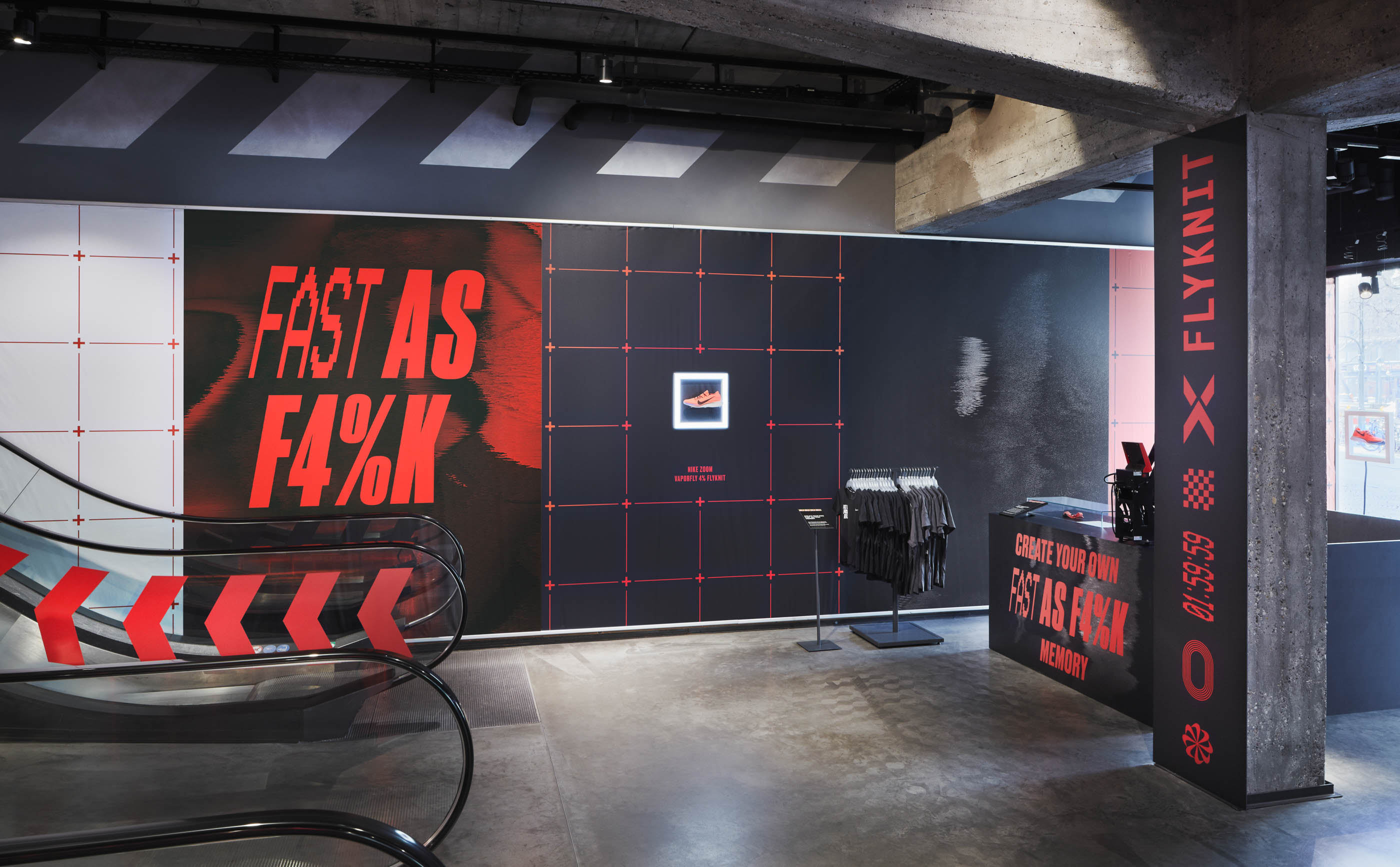 We developed a guided customer journey that started with the outside of the store and ended in a trial area inside of it.

A large window display featured an eye-catching illuminated cutout of the Nike Vaporfly alongside of the claim. Inside of the store, we led customers towards a trial area where they could experience the Vaporfly’s capabilities themselves—and to learn more about the product. 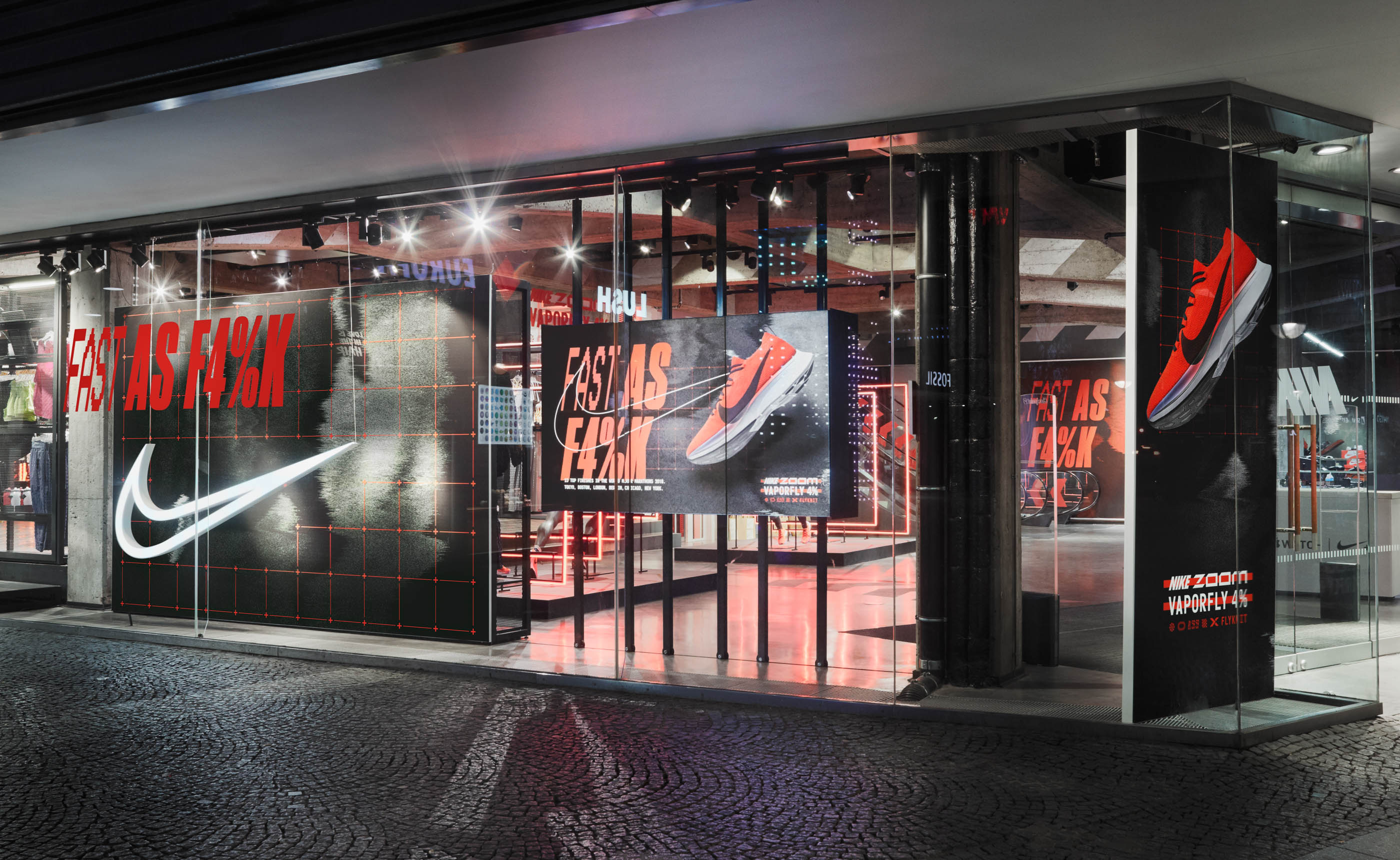 A large cutout of the shoe attracted runners.

With our in-store campaign, we didn’t just want to activate customers but also give them inspiration to use these shoe during the upcoming race day.

At the trial area, a running track let runners take the Vaporfly shoe for a spin: A screen would show their performance and motivate them to go faster, until a surprise flashlight stopped them in their tracks. The custom-designed printing station then produced the runner’s photo on a police letter template, stating “YOU WERE FAST AS F4%K!”.

In order to guide customers from the store’s entrance to the promotional area, we used a variety of materials for way finding: Lighting stripes and floor graphics that included arrows to show people the direction towards the trial area, and an eye-catching glossy black acrylic around the Nike Vaporfly shoe.

A large cutout of the shoe attracted runners.