The future of technical outerwear, revealed to maximum effect.

Futurelight from The North Face is the world’s most advanced breathable waterproof technology. It is set to redefine the future of technical outerwear and change how people experience waterproof performance. The material was premiered at the ISPO Sports Show in February 2019—and we helped unveil it. 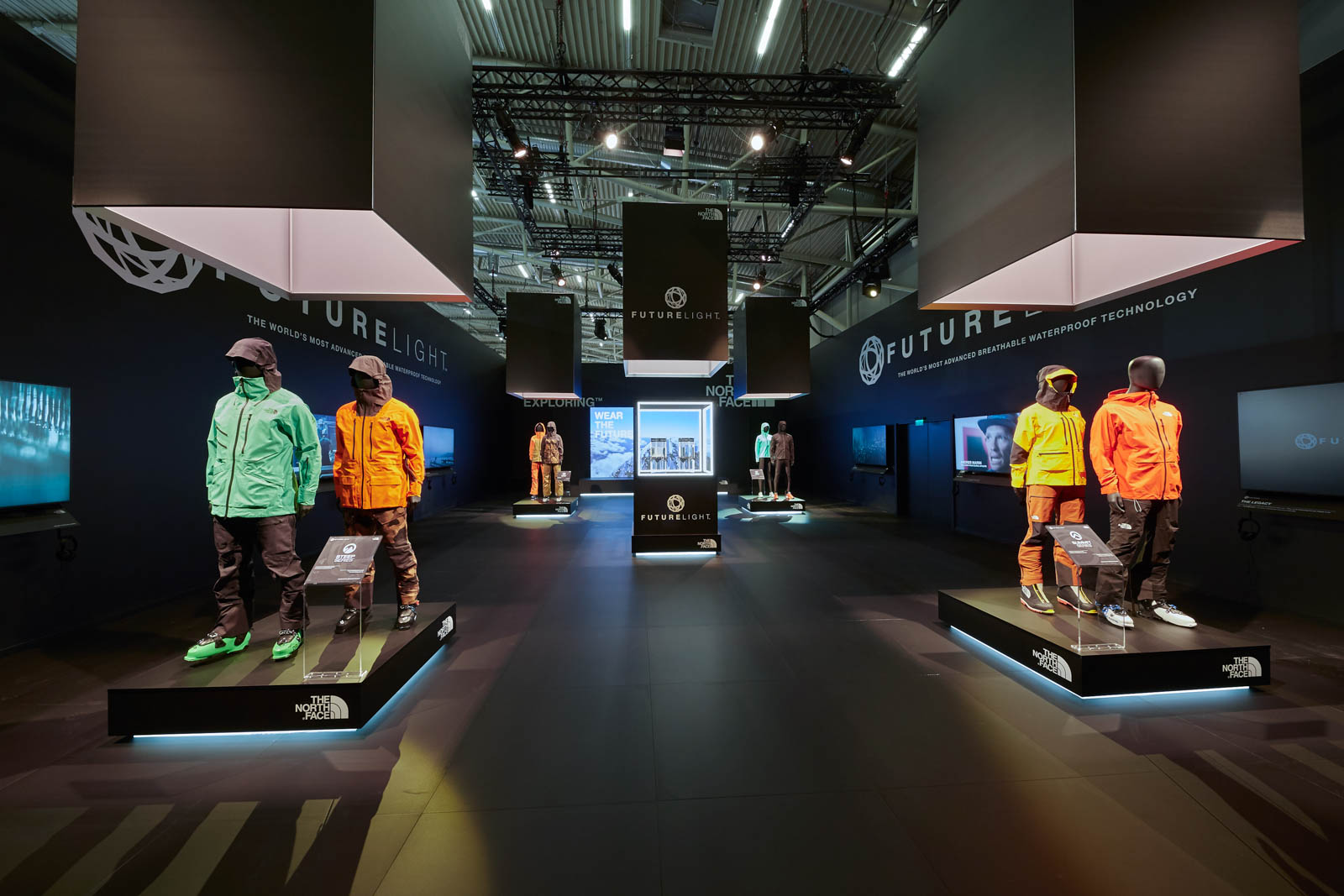 Custom-made boxes revealed the products one by one. 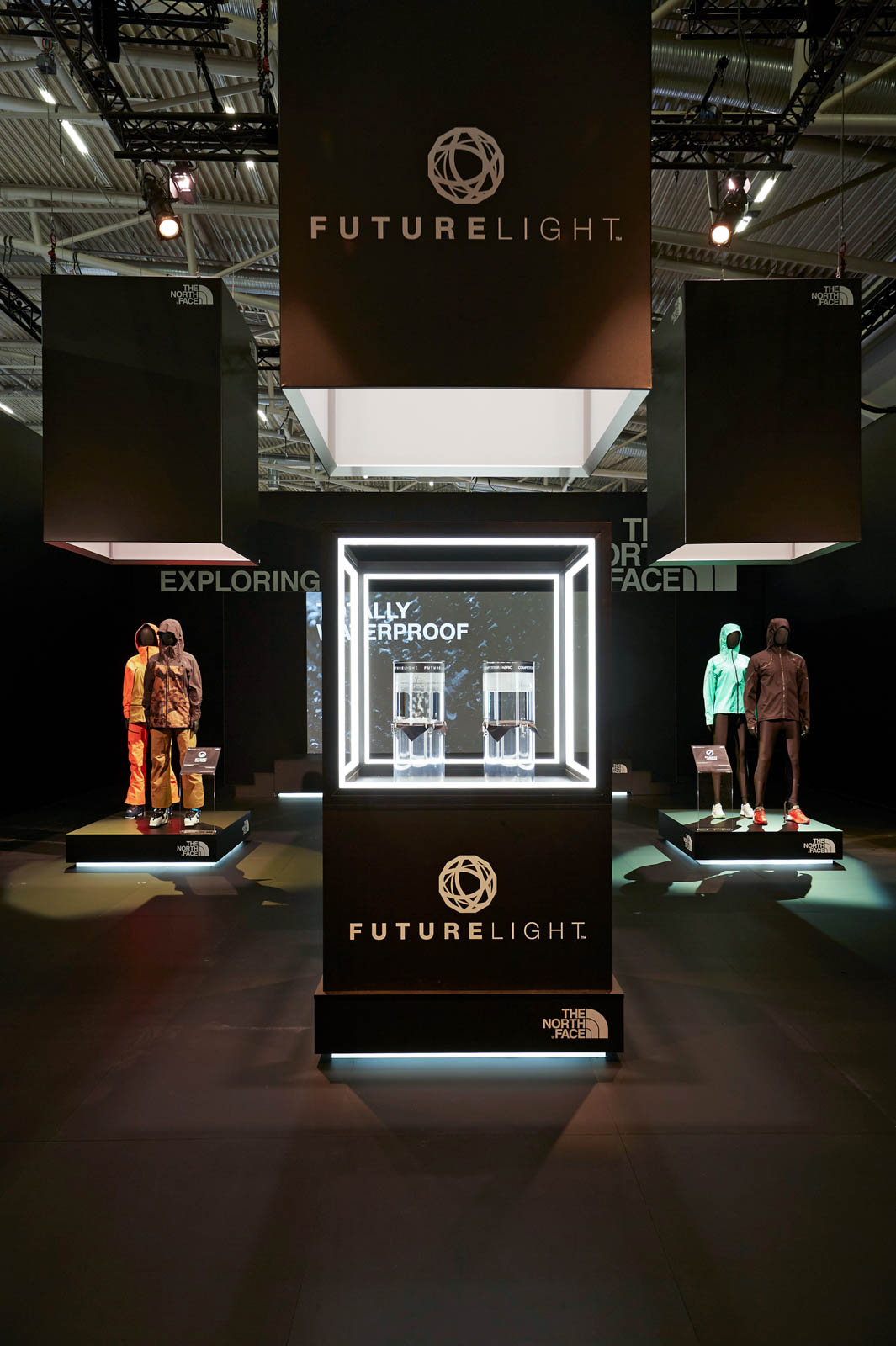 Even the material was hidden at first.

Futurelight technology is invisible at first but reveals itself when needed. This was our inspiration to create a dramatic reveal for the material. We created custom-designed mystery booths for The North Face: Black boxes that obscured the products from view until they were dramatically unveiled at a ceremony with the company’s CEO. 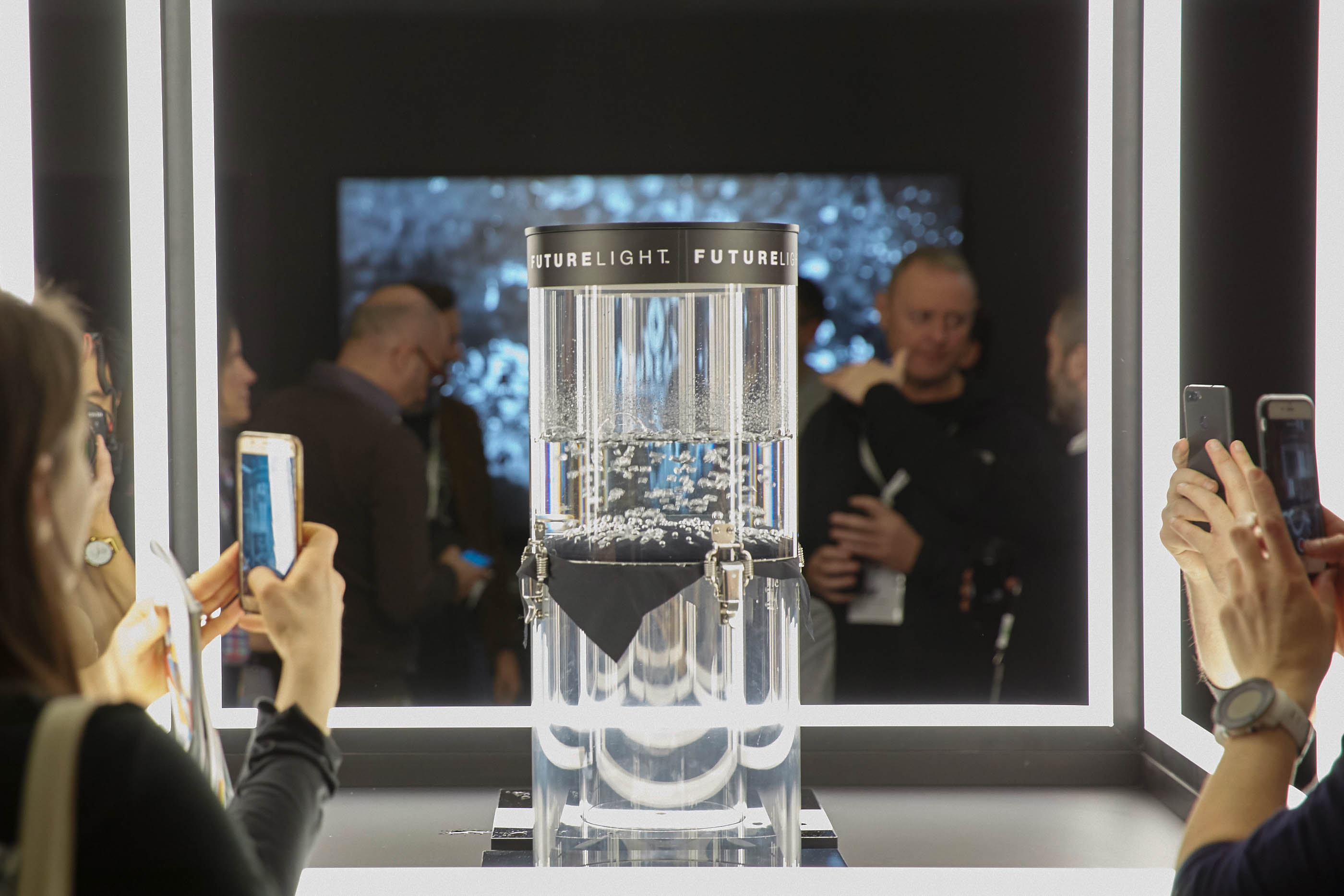 We wanted to maintain a feeling of exclusivity during the event, which is why we designed the fair booth to be fully black and only accessible to a select audience. Every hour, key partners were invited in to find out about the technology behind Futurelight.

While visitors waited for the unveiling of the products, several custom-made touch-points told the story of Futurelight’s performance and invited visitors to reflect on their own capabilities when supported by such a great product. 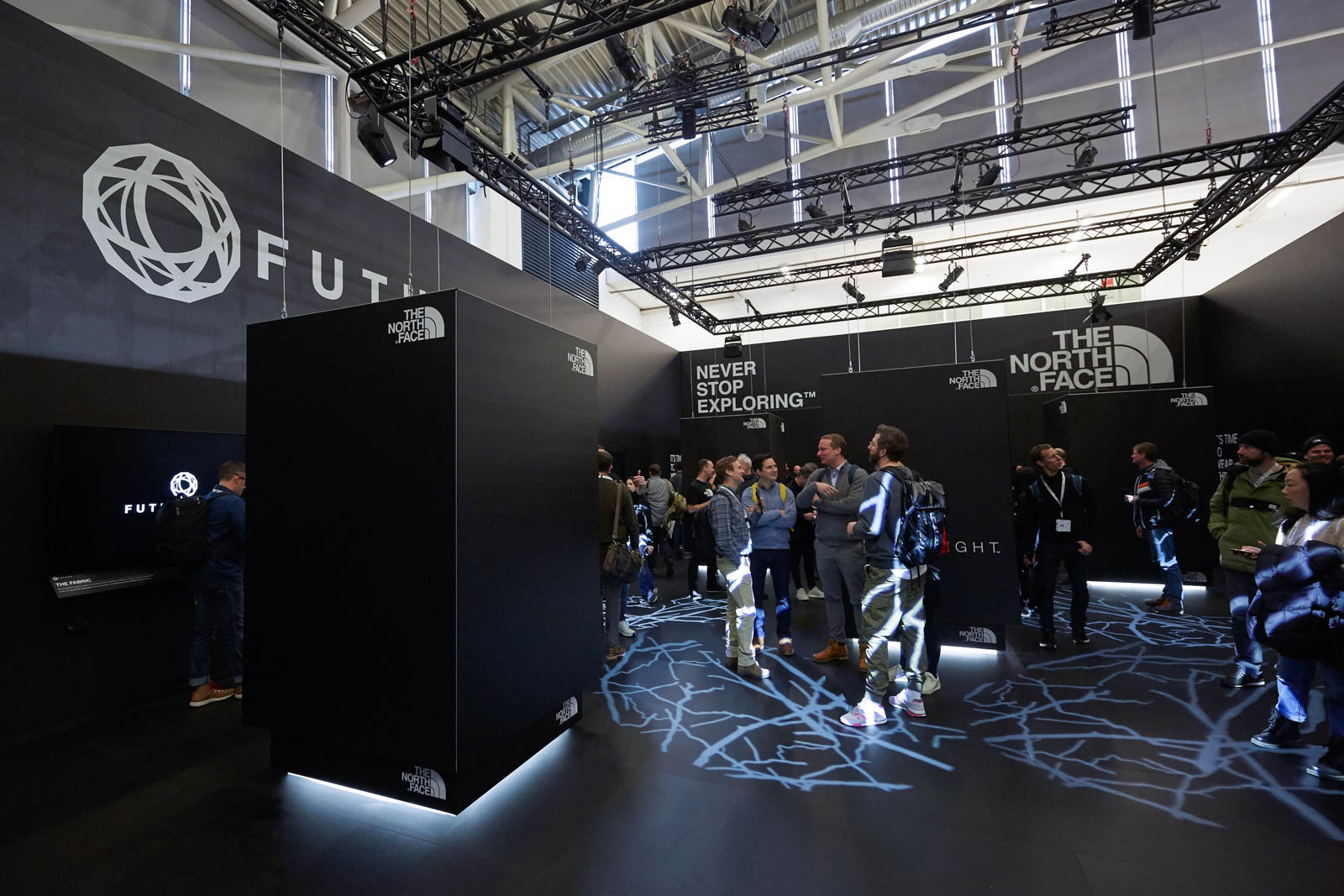 Alongside the unveiling, we organised an exclusive press event, a launch party, and an athlete meet-and-greet for more than 2000 people. In line with The North Face’s sustainable commitment, we made sure parts of the booth were modular and could be repurposed at future trade shows.